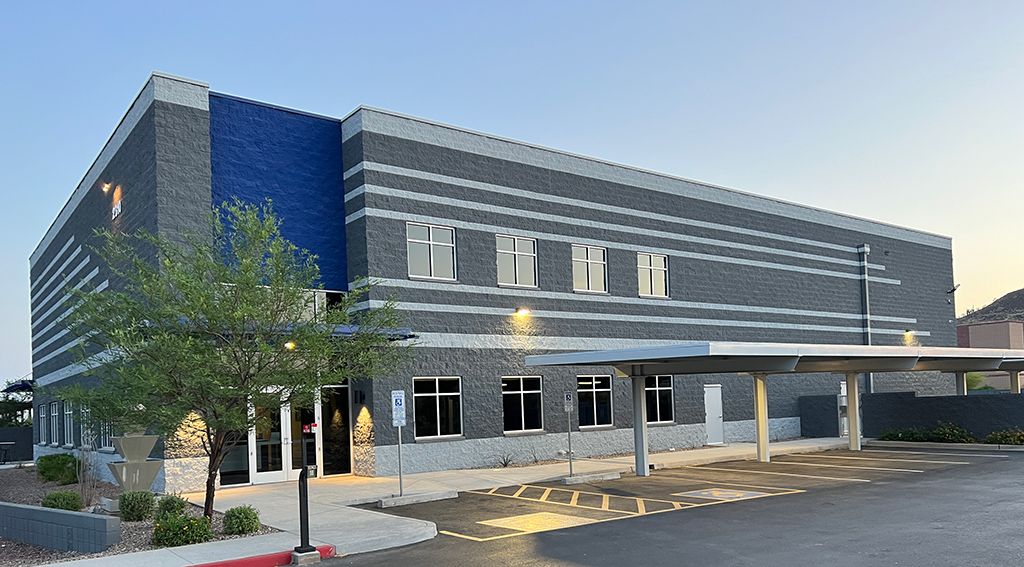 For over half a century, T-P Acoustics has been an industry leader in specialty acoustical ceiling and wall systems in the Southwestern United States. We have established an unprecedented reputation for providing Value-added services to contractors, architects, and end-users alike. Led by our team of individuals and dedicated skilled craftsmen, with a total combined trade experience of over two centuries, paired with a commitment to quality and detail, make a Total Performance subcontractor of choice in the industry.

Claude Amerson, founder, and CEO discovered the trade in the early 1960s. He got his start as an eager, hard-working kid in Los Angeles California. In 1958 at the young age of 17, Claude began his career in construction as an Apprentice Carpenter in Los Angles, California. In 1962 Claude was recruited by the contracting division of Owens Corning Fiberglass the largest Ceiling contractor in Southern California where he utilized his industry experience and skills to move up in management.

After serving for six years in several management disciplines Claude was offered the opportunity to manage his division with Owens Corning in Phoenix, Arizona. Along with this opportunity came the challenge and risk of uprooting his young family and leaving other family, colleagues, and friends behind. It was not like starting over but there were many days it felt that way. Los Angeles was a large dynamic city compared to Phoenix and Claude had to adapt and adjust to a somewhat different way of life, business, climate, and culture. Fifty-plus years later Claude often refers to relocating to Arizona as one of his best decisions professionally and for his family.

After moving to Arizona Claude maintained contact with some of his close friends and colleagues. In 1970 Claude and a former colleague (Ed Pisoni) who owned a large well established Interior contracting company in southern California recruited Claude and formed a partnership and T-P Acoustics Arizona was born. After operating as partners for two years the company was incorporated in Arizona in 1972. Ed was a talented businessman, loving father, and experienced pilot as well. Ed had another partner (Bill Urbano) who managed the California business. Initially at the startup of T-P Arizona Claude didn’t know or have a relationship with Bill but they quickly became close colleagues and friends in a short period of time.

After three years of success with the start-up, an unthinkable tragedy struck when Ed’s life was cut short when his plane lost power and crashed upon approach landing at John Wayne Airport in southern California. Upon the loss of Ed Claude and Bill combined their resources and worked together over the next three years while Claude absorbed Bill’s interest in the business.

The company name T-P Acoustics as most know it today as “Total Performance” wasn’t the first or even second name which the initials represented. The truth be, partner Ed Pisoni had a daughter named Tina Pisoni hence the initials T.P. Sometime in the early 1980’s Claude’s son Derrick while working in the field as an apprentice printed the name T-P “Total Performance” as it is known today. In honor and remembrance of Mr. Pisoni Claude committed to keeping T-P as part of the name.

During the early formative years of building the company, Claude kept a keen focus on building and developing a team of the best professionals in the business.

In 1978 Mark Droznoski joined the company as Warehouse Manager. Working and managing several various disciplines gained a vast amount of knowledge of the business. In the late 1980s, he accepted the opportunity to become an assistant manager for a new start-up sister company, “T-P Acoustics San Diego”. After three years Mark became the manager and a shareholder. In 2021 Mark announced his retirement and the office dissolved its California office transferring licensing and trademarks to T-P Acoustics Arizona.

In 1980 Claude recruited Ron Fallin. Ron joined the T-P Team as estimator/project manager. Ron had a vast amount of experience and over time became a shareholder and Vice President of Sales. Ron enjoyed 37 years of success with the company retiring in December of 2012.

Later in 1980, Claude started to mentor his son, Derrick who started in the field as a Truck Driver and Apprentice. Derrick quickly learned from some of the best tradesmen in the business. After spending over 30-plus years gaining a vast knowledge of the organization. Derrick grew from Truck Driver / Apprentice to Journeyman, Forman to Superintendent, Vice President to current President / CEO when Claude retired in December of 2019 (Claude remains as a Partner, Chairman of the Board, and Founder). In 1994, Derrick became a partner and in 2016 became the majority partner.

In late 1985, Jake Dirkse joined the company with a strong background in accounting as controller and office manager. Jake was a wonderful multi-talented employee that Claude placed his confidence and trust in. Jake was in his position for 25 years until he retired in 2005.

In 2008, Wayne Turcotte was recruited and joined as an Estimator / Project Manager. In 2010 Wayne was promoted to Senior Estimator, and then in 2016 was made partner and Vice President.

T-P Acoustics has had the honor of many other Estimators, Project Managers, Administrative staff, truck drivers, and even extended family being part of our team over the years.

Both Derrick’s sons Justin and Sean worked in the warehouse during summer breaks from school, and after graduating from college joined the company as apprentice Carpenters. After completing the apprenticeship program Justin joined the accounting department as Assistant Controller and Sean is an Estimator / Project Manager.

T-P Acoustics takes pride in maintaining a family work environment and treats each team member as if they are an extension of their family. It is evident why the longevity of many people in the organization reach decade milestones and even a few over a quarter-century! Now that is Total Performance!

There is more to an acoustical ceiling or wall than aesthetic value. When installed with the right product; put into place with perfection and delivered with the kind of service customers expect and demand, acoustical systems take on a whole new life.

At T-P Acoustics, Inc. our philosophy centers on first-rate customer service, quality installation, and a multidisciplinary team approach to problem-solving.

We work closely with customers to build strong relationships, create trust and foster an environment of open, ongoing communication. In addition, we take pride in providing strategic thinking and unique insight for every project we undertake. No matter what the need, we work one-on-one with you to get the job done right, exceeding all expectations.